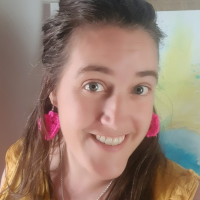 Victoria Beech is a parent, an author, a publisher, a small business owner and coffee drinker. She loves learning new things, and in the last few years has learnt to sketch, play the harp and knit socks! She has worked with children since she was a teen and loves finding fun new ways to peak curiosity and make learning fun. She home educates her two daughters (age 9 and 11), and in her ‘spare time’ she produces resources to inspire families in their faith at home at GodVenture.co.uk

Victoria’s passion is equipping parents in helping their families to grow in their faith.
Victoria will be sharing about how we can build meaningful faith in our families through our home education journeys. She will also share from her experiences as a home educating Mum of two, the importance of play and the way in which play-based learning can form a strong foundation for our children

Joshua was born again 15 years ago in west London where he grew up. Since then, the Lord provided a wife, Whitney and together they have 3 beautiful children. He is an Elder in Grace Baptist Church Grays, and he has been a primary school teacher for 10 years. He has also worked for the Alzheimer’s Society, the NHS and the Early Intervention Service for young people showing signs of schizophrenia and psychosis.

However, his great passion is for children, discipleship and Christian education, and as a result he has created his own classical curriculum and online academy where he offers online educational support to parents and children.

Joshua will be sharing wisdom from the Living Word of God to encourage and strengthen our conviction in our calling as parents and educators of our children.

They will share insights from their many years of experiences and in particular with navigating the Teen years and preparing our children for their future beyond home education. 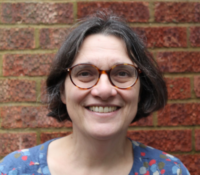 Sarah and Lizzy are both Christian home educating mums, who together have set up a Home Ed group which has been running for many years.

They will talk about their experience of running a home education group, with lots of practical suggestions of activities that have worked well (and some that haven’t!), some tips for keeping on top of the organisation, and a brief guide to how to get a new group up and running. 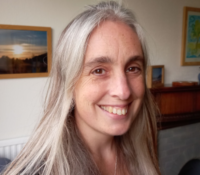 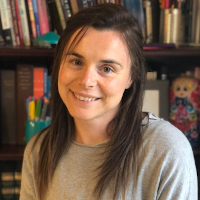 Emma McGovern is a sinner, saved by grace, a wife, mother, music teacher, and home educator. She has been teaching music in schools for the past 15 years whilst educating her four children in south London. The task of raising and teaching the little ones is shared with her husband who also works and has days with the children at home. The balancing of Christian service, family and work is an issue that Emma has considered at length over the past decade of home educating. She shares some of her ideas and resources on Instagram @aclassicaleducation 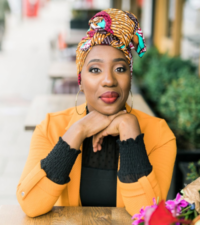 Afia is a British Ghanaian mother of three, based in South London. Her children have always been home educated. She left an eight-year teaching profession to home educate them and launched her business in events to facilitate this dream and passion. In running her company, Afia is able to work around her home and children whilst using it as a basis to teach them about entrepreneurship, business principles and work ethic.

Afia draws on various curriculum approaches to serve her children’s education. Faith, Culture and Music are key features of her home education values and priorities. Afia also supports her husband in his role as a pastor. They have been married since 2005. As a family they are fondly known as Team Bayayi and with this they use their YouTube and Instagram platforms to support other Home Educating families.

Emma & Afia will share practical and financial tips on how to make home education work. 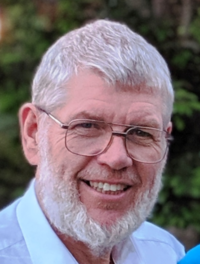 Randall and Mary Hardy began their married life in Manchester, and have lived in Shropshire since 2007. They have six adult children, plus various grandchildren. Their family was involved for some years with a small Christian school which operated as a parents’ cooperative. It was here their older children learned until moving on to sixth form college, and it was through the school that the Hardys became aware of home education. Their younger children were then home educated, with the family often working in partnership with other local Christian HE parents.

After becoming aware of the political climate affecting home educators around the time of the Badman Review in 2009, Randall has continued to monitor developments relevant to HE in the UK ever since.

He and Mary maintain an ongoing interest in home education, having witnessed its benefits for various members of their own family. They are particularly exercised about the increasing pressures which home educators now find themselves under in many parts of the world, and wish to encourage all parents everywhere to be aware of their responsibilities regarding their own children’s education before these are eroded completely.

Randall will share with us his insights into the political situation with regards to Home Education in the UK particularly surrounding the Schools Bill – what has been said and what the implications are for the future.

Alongside the main programme we also have planned sessions that will be suitable for children and teens. (as well as interested parents!) 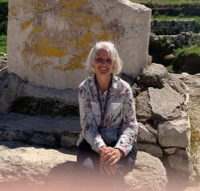 Jill is an independent museum guide who provides tours to museums. Jill has been interested in archaeology for many years and has visited many locations whose artefacts are displayed in the British Museum.

Jill will bring with her artefacts and visual material that show how the artefacts of the British Museum and the Natural History Museum demonstrate the accuracy of the Bible. 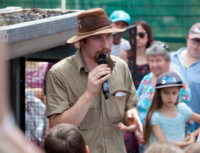 Joseph has been collecting fossils since he was six, a passion which has continued throughout his life.  Home educated as a child, Joe went on to  complete various levels of degrees in geology (majoring in paleobiology) and Zoology.